In addition to performing locally, many members have toured nationally and internationally. Since 1994, the Star of the North concert band has made ten international tours, including the countries of Australia and New Zealand; Wales and England; Greece, Crete and Rhodes; Iceland and Norway; Thailand; Germany, Austria and Italy; Ireland; Hungary and Croatia; Portugal and Spain; Argentina and Uruguay; and Alaska.

In May 2019 the Star of the North toured South Africa, where we gave concerts and workshops at the Windworx Band Festival in Cape Town, the University of Pretoria, and Johannesburg.

In Sibenik, Croatia, crowds loved our rendition of Carioca!

In 2017 the band toured Alaska. After a cruise from Vancouver, the band performed concerts with local bands in Seward, Anchorage, and Fairbanks.

In 2015 the band toured Argentina and Uruguay. The band visited Buenos Aires, La Plata and the magnificent Iguazu Falls in Argentina. While in Buenos Aires, we played joint concerts with the Symphonic City Band of Buenos Aires and the Federal Police Orchestra of Argentina. The Star of the North also performed in a magnificent historic theater in La Plata. In Uruguay, the sites included the ancient town of Colonia del Sacremento.

In 2013 the band toured Portugal, Gibraltar and Spain. The tour included visits to the cities of Lisbon and Santarem in Portugal; the British Overseas Territory of Gibraltar; and the cities of Seville, Coria del Rio, Jerez de la Fronterra, Tarifa, Granada, Manzanares, Toledo and Madrid in Spain. We played joint concerts with local bands in the cities of Santarem (Portugal), Seville, Granada and Manzanares (Spain). After the concerts, the local bands held receptions, which gave us the opportunity to form new international friendships with their band members.

On June 22, 2011, “Star of the North” departed for Vienna, Austria to act as goodwill ambassadors through music. The tour included visits to the cities of Vienna in Austria, Mosonmagyaróvár and Budapest in Hungary, and Delnice, Fužine, Krk, Vrbnik, Opatija, Lovran, Å ibenik, Trogir, Ston, and Dubrovnik in Croatia. Each of our concerts were joint concerts with local bands and included receptions and a picnic, giving us the chance to meet and talk with them.

In 2009, the band toured Ireland. The tour included visits to the cities of Killarney, Cork, Cóbh, Kinsale, Dublin, Sligo, and Limerick in the Republic of Ireland, and Enniskillen in Northern Ireland. Each of our concerts were joint concerts with local bands and included receptions or dinners.

In 2007, the band went to Germany, Austria, and Italy. The tour included visits to the cities of Munich, Kitzbühel, Salzburg, Lienz, Venice, Eppan (Appiano), Ulm, Rothenburg, and the towns of Illerrieden and Heroldstatt, Germany. Most of our concerts were joint concerts with local bands followed by receptions and dinners.

In 2005, the band traveled to Thailand. The tour included visits to the cities of Bangkok, Pattaya, Chiang Mai, and Ayutthaya. Our concerts were mostly in schools, sometimes as joint concerts with the local band.

In 2003, the band toured Iceland and Norway. The tour included visits to the cities of Reykiavik, Oslo, Trondheim, Geiranger, Laerdal, and Bergen. In Trondheim, Norway, we participated in the St. Olaf’s Days Music Festival.

In 2000 the band went to Greece. Places visited included the cities of Athens and Delphi, as well as the islands of Crete and Rhodes. In Chania, Crete, we performed with a local choir and were then hosted to an evening of dinning, singing, and dancing. 2000 tour details, pictures.

In 1997 the band traveled to Great Britain – from Swansea, Wales to Bournmouth, England for their international “Music Makers Festival”, and on to Solihull, England where we performed with their local community band and stayed with members in their homes. The tour ended in London. 1997 tour details, pictures.

In 1995 the band toured New Zealand and Australia. As the U.S. representative in the Pacific Rim International Music Festival in Sydney, Australia, we received the festival’s “Silver Award” for our performance at the Sydney Opera House.

Our thanks to Deb Perry and Gordy Backlund, band board members and our “resident tour planners” for their great efforts on our behalf!

Thanks also to our local “fans” and valued audience members…..YOU! Thank you for all of your support! 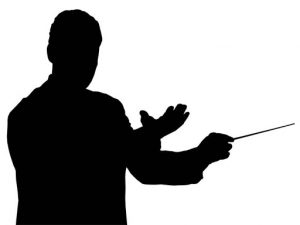